There is no doubt Google is one of the most innovative companies of our time, if we are talking about top of the edge projects, you will eventually come across some of google endeavors.

Typically the event is attended mostly by developers, the ones in better position to understand and decodify the particular innovations. But year after year,  more and more business managers, and marketeers are looking to hear in first hand what’s going to be the next big things.

Openning I/O2016, Sundar Pichai held the Keynote with the most stunning innovations and leave further explanations for the following days, you can watch it in full, here.

Coming out of the Google I/O, here are my bets on trend innovations for the second half of 2016.

This can be called a developer trend, but it is not really a trend, actually is something that we already seeing without knowing..

Google has been doing this since it’s beginning, basically if a machine can get / improve results based on the interactions occurred in past results we can say it has learned. Google search engine personalizing your results is the biggest example, but at the moment, more than 100 google teams / projects using Machine Learning.

To improve the softwares, a stealthy project was launched years ago to create a specific hardware to accelerate this type of algorithms.

The Tensor Processing Unit (TPU), a custom ASIC built specifically for machine learning, was one of the main attractions of the I/O 2016 for developers and programmers, i leave the tech specifics for the specialists but this promise to improve technologies based in machine learning and…

AI is the next step after machine learning, and we can see already some developments in that area, one the main presented was the Google Assistant.

The era of the Intelligent machine is beginning, but they aren’t only our smartphones, they are already everywhere…

This is already a worldwide known trend, the wearables are already accessible to almost everyone and we are seeing more and more projects on home automation.

Later this year google is taking another step forwards that trends, launching Google Home, “a voice-activated home product that allows you and your family to get answers from Google, stream music, and manage everyday tasks.”, more than that, with the advances in home automation, this can be seen as controller for the connected home devices.

In the I/O 2014 Google announced the Cardboard, a low cost system to encourage interest and development in VR applications, it seemed almost a joke, but 2 years after that VR is not some low cost industry.

Google is still betting strong in VR technologies and trying to make an affordable mobile virtual reality platform, coming out on the fall, called Daydream VR.

Also the new version of Android, N, will have specific features to improve VR experience.

Years ago, google launched the Google voice search, in that time we heard voices criticizing the low comprehension of the system. but the truth is that it was a MVP, voice search after voice search the machine was learning, and we can see today how powerful it became.

If we take a wide look on all the things presented,  most of them involved Voice Recognition.

With the proliferation of wearables and screenless devices, Google voice Search is getting more and more spotlight, simply because it provides the best interacting experience.

We live in crazy times where year after year the technology jumps more than we were used to in the decades before, are you prepared for this fast era? 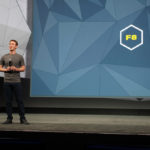 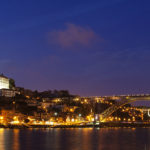